Why Study the International Baccalaureate?

Home / Why Study the International Baccalaureate?

The IB is demanding and rigorous. Pupils learn a study and research ethic which allows them to outperform other students in higher education. The IB also allows pupils to see the relevant connections between subjects and their applicability to real world situations thanks to its cross-disciplinary nature.

The International Baccalaureate has four programmes:  the Primary Years Programme (PYP), the Middle Years Programme (MYP), the Diploma Programme (IBDP) and the Careers-related Programme (IBCP). The latter is centered on applying the learning to experiential work, giving career experience. It combines academic rigour with an opportunity to follow something more career related, and can be combined with a BTEC for example.

The only school in the UK offering all four IB programmes is ACS Egham International School, based in Egham, just outside London.

According to ACS Egham’s headmaster, Jeremy Lewis, “[The IB] produces students with a real independence – the ability to apply real-life learning, to clearly articulate what they believe and to take an active role in their own learning.  It enables them to inquire into what the world is around them rather than being spoon-fed knowledge.” Indeed, IB pupils are expected to rely on independent research in addition to what they learn in class. It is an investigative inquiry-based approach. Students see subjects in connection with each other as opposed to learning subjects in isolation; the IB approach is cross-learning and inter-disciplinary. The IB is based on a mix of personal knowledge and taught knowledge, allowing pupils to learn how to research and how to differentiate real and false information. The ability to research is a vital skill for higher education and future work life.

In an increasingly connected world, it is important for our young people to be involved in the community around them. As Jeremy Lewis says, the IB “provides students with the opportunity and the expectation that they are globally-minded. A strong component of the IB that promotes kindness, respect and tolerance towards others in a world which time is incredibly needed at this time.”

Whilst learning to be better students, they also learn to be better human beings. Pupils as young as 4 years old are introduced to biodiversity and sustainability, the world around them and the positive and negative impact they can have in the world. They are, throughout their school years, encouraged to take part in extracurricular activities that will help them open their minds to the wider community.

Global outlook of the International Baccalaureate

As its name suggests, the IB is international with numerous schools around the world offering the IB. This enables pupils who relocate frequently between different countries to follow IB programmes without interruption. The IB’s international nature allows pupils from around the world to interact with different cultures on a daily basis, working and collaborating together. It increases their awareness of difference, and their willingness to accept it.

IB entry to university and beyond

ACS Egham’s IB pupils achieve excellent results at the end of their programme: 40% of the students obtained 38 or more, a top tier/Ivy League score for acceptance into any university. Most of them are accepted into UK Russell Group universities, and others obtain places in North American or European universities. ACS Egham’s average is 36 points, well above the world average of 30.

Please contact us for expert schools’ advice and support with applications to ACS Egham, international and British schools both in London and throughout the UK. 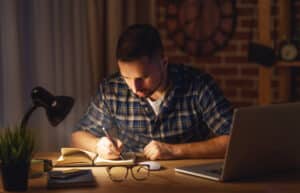 Preparing for your Oxbridge interview online 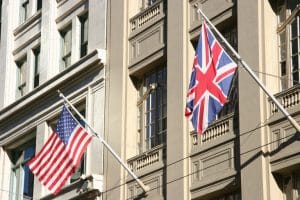 Relocating from the US to London? Find a top school. 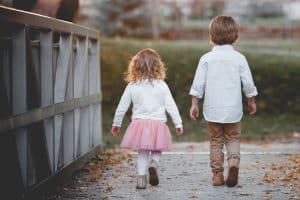 Relocation anxiety: how to soothe your kids’ worries about relocating.

Don't let the Coronavirus affect your school and university applications.

As the COVID-19 pandemic continues to escalate worldwide, we are in challenging and unsettling times. However, all applications to UK and international schools and universities are proceeding as normal.

Admissions for the next academic year are continuing without interruption. Now is a great time to apply for UK Independent schools for 2020, 2021 and 2022 entrance and to prepare applications to the UK’s leading Universities for 2021 and 2022 entry.

Entrance tests and interviews can be arranged online. Our expert online tutors will prepare you for Oxbridge entrance and UK school entrance exams. At Lumos Education, our experienced consultants are ready to guide you through the application process.