The French and British Education Systems

Pros & cons of the British and French education systems

The French education system is designed to help pupils enter employment. Whereas the British education system is more centred on group work and pupils’ wellbeing. School in France is considered a professional place where pupils strive to achieve success. The discipline and strictness are considered a good starting point for professional life. However, the prominent “each to their own” mindset and lack of groupwork may be a drawback for some. This is where the UK system might be more appealing: pupils are encouraged to work with others and have more time to develop their creativity.

The early specialisation of British pupils can be both an advantage and a disadvantage. Your child may decide on a career choice at a young age. But if they don’t, specialising early can make it more difficult later on to change fields or to re-enter secondary education with a different choice of subjects.

The teaching style is also different: French teachers focus more on individual work and tasks in class. Pupils focus on core subjects (Maths and language).  They learn poems and texts by heart. There is not much group work. On the other hand, British teachers encourage pupils to talk and work together.

France’s stricter, centralised and bureaucratic approach means that pupils must make the effort to adapt themselves to the teaching strategy. It is much more common in France to repeat a year if the pupil does not meet the grade requirements.

Private schools are more prevalent in the UK. In France, there are just a few well- known private schools, such as École de Roche. French families pay an “assurance scolaire” (about 10-35€) to enrol their children. Parents can receive an annual allowance per child to help pay for school supplies.

The French education system is largely secular: there is no celebration of religious festivals.

In England, teachers are hired directly by the schools. Whereas in France, they are appointed by the State/Government.

English schools follow GCSE, in Year 10 and take A-levels in Year 13. Whilst French schools sit the Brevet des Collèges in Year 10, and the Baccalauréat in Year 13. The main differences between the GCSE exam and the Brevet are that the French exam evaluates all the subjects studied so far.  It is graded over 800 points and includes an oral presentation.

The Baccalauréat and A-levels are quite similar, especially since the reform of the Baccalauréat put in place this year. Pupils pick two subjects to be evaluated on, but the grades over the two years account for 40% of the final grade. The other 60% is based on exams testing knowledge in French, Philosophy and two chosen subjects. There is also an oral examination. Along with language assessments in English and the second foreign language studied (Spanish and German are the most common). The A-levels are much more specialised; only three or four subjects are evaluated. The same can be said for the GCSE exams.

Bilingualism has numerous advantages: on health, skills and career. Bilingualism positively affects the connections your brain makes. It increases the memory’s abilities as well as helping to slow down cognitive decline. In addition, being bilingual improves problem-solving, multitasking, decision-making as well as social skills: you are able to speak to more people and having to choose which language to use trains your brain to different tasks. Being bilingual will give your child a competitive advantage in their career.

With these advantages in mind, many British families choose to enrol their children into bilingual school. In London, there are several French bilingual schools: some are sponsored by the French government and follow the French curriculum whilst teaching children to be bilingual (Lycée Charles de Gaulle with its feeder primary schools:  Marie d’Orliac, South Kensington, Wix, André Malraux and Lycée Winston Churchill for example). This makes it easier for French families relocating to London who want to keep their children in the French education system. Other French bilingual schools, not sponsored, look to combine the best aspects of different education systems to benefit the pupils (EIFA International School and École Jeannine Manuel, for example). They are all popular schools with excellent results. 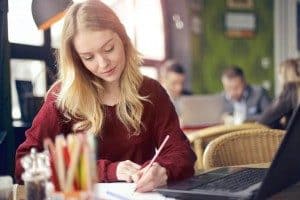 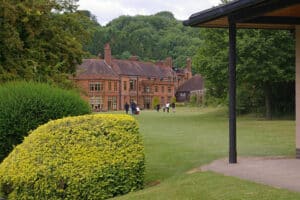 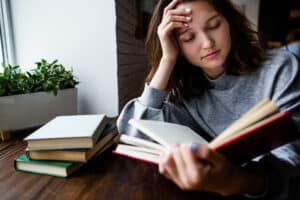