Relocating from the US to London? Find a top school.

Home / Relocating from the US to London? Find a top school.

If you are relocating from the US to London, you may want your child to continue in the American education system or to move to a British or an international school.  Read our tips below for a smooth education transition, based on your London location.

The American School in London (ASL) is the only international school in Central London to follow the US curriculum. As such, it is heavily over-subscribed and has an in-depth application process.  ASL is located in St John’s Wood, an affluent district of leafy residential streets, which is also known for Lord’s Cricket Ground, the headquarters of English cricket.  ASL caters for children with a variety of academic needs – and the High School has strong cohort every year gaining entry to Ivy League colleges. ASL take children from 4 years all the way to 18.   The 50 different nationalities represented at the school give it a global outlook, whilst at the same time focusing on providing an American education.

For families relocating from the US to Central London, ACS Hillingdon, an American School outside London, operates a bus service from central locations such as St John’s Wood, Kensington,  Marylebone and Notting Hill.  ACS Hillingdon offers both the traditional American High School Diploma and the International Baccalaureate (IB) diploma as well as the US Advanced Placement (AP) courses.  ACS Hillingdon has the advantage of being a small, well-run school set in beautiful and extensive grounds.   It offers a warm welcome to expat and international families.  If you opt to leave in Hillingdon, this is a tranquil suburb, well-served by public transport and approximately 1 hour’s commute from the city.

In Westminster, Central London, Southbank International school is a top option, offering the International Baccalaureate (IB) diploma.  Southbank’s younger years campus (3-11 years) is located in Kensington, South West London, a popular family area close to the Natural History Musuem and the Victoria and Albert Museum.   In Marylebone, the International Community School (ICS), with its established early years, middle school and diploma programme,  also offers the IB programme for children from 3-18 years.  The IB is  seen by some educationalists as an easier transition for children moving from the US education system.  This is because the IB includes elements of the US system and the IB Diploma has a greater breadth than the British A Level.

British curriculum schools in central London include the co-educational Eaton Square, Mayfair and all girls Queen’s College, on Harley Street, both of which are experienced in catering for expat families and children moving from the US to the UK system.

If you plan to live in West London, the International School of London (ISL), provides a welcoming environment for expat families.  Like Southbank and the ACS schools, ISL teaches the International Baccalaureate (IB) diploma.   ISL has two campuses- one catering for children up to 16 years in Chiswick and a second catering for kids from 16- 18 years in Ealing.

If you plan to live outside London, and commute into work, Richmondin Surrey is a popular family area with lots of green spaces and close proximity to the river.  ACS Cobham and ACS Egham should be at the top of your list.   A shuttlebus service operates via Richmond and other Surrey areas to ACS Egham.  Similarly the shuttlebus for ACS Cobham picks up students living in Esher, Guildford and Weybridge.  Both schools offer the traditional American curriculum and the International Baccalaureate (IB) diploma.  ACS Cobham also teaches US Advanced Placement (AP) courses.  The three ACS schools welcome students from over 100 countries and are experienced in catering for expat families.  As well as being academically outstanding, they offer excellent drama, music and sporting opportunities as well as tons of outdoor space.

For more information on international schools in London, read our blogs, including those on French and Arabic schools.

We work closely with international and expat families to ensure a smooth educational transition to life in the UK.  We are highly experienced in supporting families who are moving between different education systems and cultures. If you relocating to London and would like your child to continue with a US education, please  contact us us to book a consultation. 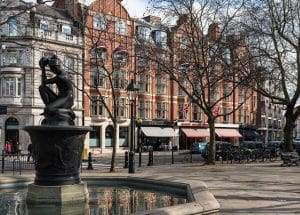 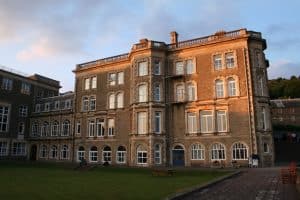 Scholarships and Bursaries to Private Schools 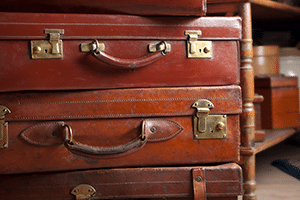