Moving to London or already resident here?  Many London and international families are opting for one of the excellent bilingual schools in our capital.  This blog will focus on French English bilingual schools in London.  Our thriving French community take advantage of these excellent schools.  However, many Brits and other nationalities, who wish their children to have the advantage of a bi-lingual education, are seeking places for their offspring.

The Lycée was the original French English bi-lingual school in London.  It is also the largest French school in the UK and has 3,000 pupils in the primary and secondary school. In the secondary school, children have the distinct advantage of selecting between the French and the British section to study for GCSEs and A-Levels. The British section ranks highly in the country for GCSE and A-Level results. The Lycée is a very academic school and one could argue that it is more focused on academic study and, in comparison to British schools, spends less time on music, art and sport.  A certain number of places are reserved for French nationals and competition for the other places is high.  Due to the Lycee being heavily over-subscribed for many years, several other French secondary schools have recently opened in London.

This school was previously a French primary school named L’Ile aux Enfants in Camden.  In September 2011, it reopened with new premises and a secondary department.   CFBL takes pupils from ages 5 to 15, so children will need to move to another schools to complete their IB, Bac or A levels- this will be less attractive to some families. Students at the school sit the French national schools certificate (Diplôme National du Brevet – DNB), International option at 15.   At the end of 3ème (age 15), pupils from CFBL move either to French lycée in London for three more years of education (mainly the Lycée International Winston Churchill, but also the Lycée Charles de Gaulle) or to a British school to continue their studies in the English education system.   The school give priority admission to diplomatic staff and expat employees of specific French companies and after that, children of international and UK families do find places.   Application takes place in February of the year of entry.

One of the most successful French English bi-lingual schools in London is the Lycée International de Londres Winston Churchill was opened due to a shortage of French schools in London for francophone and international families living here.  The school has modern facilities including swimming pools and a sports hall in North London. In September 2017, this new school welcomed 900 students in the primary and secondary departments combined and there is currently an 8 to 1 staff student ratio which is unusually small.   Students are educated in a bilingual and international environment and follow the French education system with teaching and learning focused on the harmonious development of the child. In September 2018 the Lycée will launch a new English International Programme, starting from Year 7 for English speakers, the programme will culminate in the International Baccalaureate Diploma Program (IB DP) in Years 12 and 13.

One of the smaller French English bi-lingual schools in London is Ecole Jeannine Manuel. One of the key advantages of this Bloomsbury school, is that children do not have to be fluent French or English speakers to gain a place. École Jeannine Manuel admits non French-speaking and non-English speaking students up to Year 7 and supports them to adapt to a bilingual curriculum.   For this reason, it attracts francophone as well as anglophone and international families. The school currently boasts 33 different nationalities, all of whom receive a quality French/English bilingual education from ages 3-18.

A young school which opened in September 2016, École Jeannine Manuel London is a branch of its sister school, École Jeannine Manuel Paris which is a top-ranked Paris secondary school. It benefits from the support and the excellent long-standing reputation of the Paris schools and all London staff train at the Paris school.  In September 2016, it welcomed 185 pupils and aims to grow to 1000 over the next few years.  It will offer a choice between the French Baccalaureate and the IB.

This is not a typical French school in that it combines the best of both French and international academic systems.  The school uses the French curriculum in Maths and French and takes the most positive aspects of other systems for the other subjects.  Children can learn Mandarin, Latin, and either German or Spanish.  Therefore, children will graduate with a minimum of three languages

A welcoming school in the heart of Marylebone, Ecole Internationale Anglo Francaise (EIFA) aims to ensure that students are fully bi-lingual in English and French.   Up until year 8, the school accepts children who have not yet mastered one of either French or English The Senior School welcomes students in Year 7 to 11 and will expand to Year 12 in 2018.

From Year 7 to Year 9, the curriculum is based on the French National Curriculum with subjects being taught equally in English and French. In Year 10 French nationals may opt for the French Diplôme National du Brevet and all students take courses in IGCSE subjects and IGCSE exams in year 11.

EIFA is a candidate school for the International Baccalaureate (IB) Diploma Programme and pursuing authorisation as an IB World School. Intending to offer the programme in English and French, it aims to be the first school in the UK to deliver this internationally recognised programme in both languages.

We enjoy helping both London and international families to find the right schools for their children. Please contact us to discuss your child’s applications to French bilingual nurseries, London international schools and bilingual schools. We look forward to hearing from you.

PrevPreviousLumos Education drinks reception in aid of BBC Children in Need
NextDreaming of Oxford or Cambridge University? Tips to maximise your chance of successNext 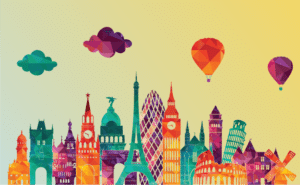 CARING FOR THE RELOCATING FAMILY, THE CULTURAL DIMENSION 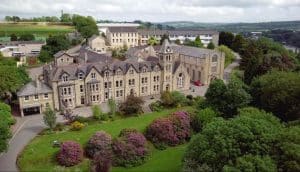 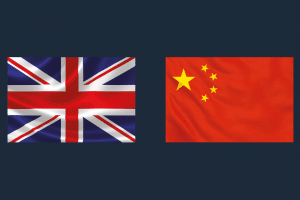 Don't let the Coronavirus affect your school and university applications.

As the COVID-19 pandemic continues to escalate worldwide, we are in challenging and unsettling times. However, all applications to UK and international schools and universities are proceeding as normal.

Admissions for the next academic year are continuing without interruption. Now is a great time to apply for UK Independent schools for 2020, 2021 and 2022 entrance and to prepare applications to the UK’s leading Universities for 2021 and 2022 entry.

Entrance tests and interviews can be arranged online. Our expert online tutors will prepare you for Oxbridge entrance and UK school entrance exams. At Lumos Education, our experienced consultants are ready to guide you through the application process.